Google rankings are not part of my core expertise. I know a bit about how the system works—enough to know that “Can’t you just call Google and tell them to move us higher?” is a ridiculous thing to say. I like watching the rankings change, from an almost oracular perspective. I like the intellectual/synaptic sensation of trying to derive a law from observations of a complex phenomenon, even though I know I’ll never figure out all the variables from the outside.

Every once in a while, I Google my own name.[1] Partly this is a mildly paranoid due-diligence process; partly it’s to see what my “Google resume” looks like; and partly it’s to try, in a lackadaisical way, to gain some insight into the mysteries of Google itself. (The search-algorithm mysteries, not the mysteries of the greater Google enterprise.) Something changed today. END_OF_DOCUMENT_TOKEN_TO_BE_REPLACED

The new multi-contributor blog for the Knowledge for Health (K4Health) Project launched today. This is the first major visible-to-the-public result of my team’s work since I started at K4Health at the end of August. There are still some tweaks to be made and kinks to iron out; I don’t think there’s a WYSIWYG CMS interface in existence that doesn’t have inconvenient idiosyncrasies. But overall, it’s an immensely satisfying product, born out of an immensely satisfying process. I learned some valuable lessons about web fonts and font smoothing, coordinating quality assurance teams who are geographically dispersed (i.e., not all working in the same time zone), the complexities of legacy development environments, and the myriad tiny pieces of promotion that follow after a product goes live. Looking forward to a restful winter break.

QR codes to me are roughly equal parts admirable and irritating. 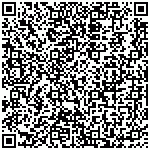 I don’t hate QR codes. (A lot of people hate them. I can’t work up the energy for that.) Sometimes I even think they are cute (like this Heifer International example). I just wish they would settle down into a sensible standard that people know how to apply. Right now they’re being thrown around all haphazardly, and it makes me crabby.

Here’s my breakdown. There are a lot of other people who have made similar lists, like Terence Eden’s (his is more technical); I’m not claiming to have some kind of last-word genius revelation here. END_OF_DOCUMENT_TOKEN_TO_BE_REPLACED

Well, this is embarrassing.

I set this site up (actually, Jeanne Kramer-Smyth set it up for me) as a place to muse about my professional interests (mostly; see “About”).

Sadly, as you find it now (it’s September…), it’s mostly a demonstration of my lack of follow-through on things that aren’t my highest priorities. We set this site up in March. (Hence the putative “published” date of this post. At that point, this page was the standard “Hello World” WordPress example.) I moved house in May. I began pursuing a new job in June. I started that new job in August. So this lovely little site has not received a great deal of my time and attention. It eventually showed up in my Google results anyway, so I figured I should actually put content here that didn’t make me ashamed of myself.

Noteflight is a free (well, it’s free now, ’cause it’s in beta; not sure if they’ll charge for it later) online musical notation system that lets you share scores with other people.
OMG.

Macromediocrity: This bit of sophomory goes straight to the heart of why we started this blog in the first place (remember, it was about American culture rewarding the lowest common denominator). The article I link to above is all happy about the possibilities for independent developers making a living from creating applications for the iPhone. I’m happy about that too. I’m just kind of crestfallen that, given a tool with the tremendous capacity for communication and learning that the iPhone has, people want more than anything for it to make rude noises[1].

More things in heaven and earth [2]:
– Frogs eat bugs. It’s the way of the world. But did you know that there are wasps that eat tadpoles?! (Dragonflies eat tadpoles, too. But somehow I found that less surprising.)
– World’s smallest chameleon! (For some reason this one is in Tokyo, even though they come from Madagascar.)
– Check out the snoutiness! It’s a shrew the size of a rabbit which got discovered last year.

Outraged: What happens to unsold books.

Mollified: Inspired, even. These people were outraged too, and look what they did. (I think their domain name is a little bit of a stretch, though.)

Google has changed its favicon in Firefox, but not in Internet Explorer. [1]
Puzzling.
In IE it’s still the boxy capital G we’re all used to.
In Firefox, it’s suddenly the lower-case g (“good girl’s glasses”).
Weird how such a small thing can be such a big distraction.
(Not unlike corn in Italian wedding soup.)

From the schadenfreude file:

FranklinCovey just sent me an email about a huge sale.

My LLBean Traveler convertible backpack finally bit the dust last week after a hard ten years of use. [Digression: to my deep annoyance, particularly following on Aveda’s recent decision to discontinue the best shampoo of all time, I discover LLBean has redesigned the bag, and there’s no convertible-backpack option, so I find myself considering a $300 handmade Italian bag instead, but that’s another rant].

I don’t think so. I don’t think anyone schedules maintenance for the same time as the “everyone come to the big giant sale” email is going out.

Google is keeping me awake.

They apparently updated the page rank system a couple weeks ago. There’s a lot of panicky chatter about it on the webmaster forums. (Mystifying, too. Many people are “quoting” Google as saying that PageRank has no effect on Google listing results, which makes no sense to me.)

My personal Google resume, while still largely referring to me, is quite different than it was last time I checked it. Also, weirdly, it now includes things I recently sent out through Constant Contact. Apparently the new ranking system favors newsletter aggregators (unless those aggregators are new, which I admit is possible).

My professional website’s Google listings are extremely pear-shaped. I don’t even know where to start.

It’s exciting, in a grumblecakey-awake-late-geeky kind of way.